Please follow these links for up to date information

To find out the latest information produced by Government about Coronavirus and how it affects you follow this link https://www.gov.uk/coronavirus

If you still need to talk to someone

Mark spent most of his working life in the voluntary and statutory sector – collaborating with others to tackle inequality.

He is interested in how we, as citizens, influence the way decisions are made locally and he writes about this on his blog www.localdemocracyandhealth.com

Claire has worked in the NHS for nearly 20 years.

She has served as a school governor and Chair of Governors, has also worked as a Victim Support volunteer and was a member of the VAS Personnel Committee for several years.

Alistair was previously the national Operations Director for eight years at the Refugee Council and then the governance director at Sheffield City Council, as well as a trustee (and briefly the chair) at Pitsmoor CAB.

He has a track record in social care, health, housing, advice work, volunteering, and work with refugees.

He is committed to excellence, strong customer care and engagement, and is values-driven.

Hilary’s working life was spent in the Special Needs sector of the Education Service and she found while there that the inequalities of life were a daily factor.  How decision making processes were influenced and challenged became a significant feature of her job.

Some of Hilary’s other roles included managing the school budget and fundraising.  She has also served as a School Governor.

Hilary’s association with Hillsborough & Area Advice Service began in 1998 and she trained as a volunteer advice worker. She subsequently became a trustee and served some time as the Treasurer.

Mark has worked in the voluntary, charity sector for most of his professional career.  He is currently working for charity Sheffield Futures.  Prior to this role he worked at Healthwatch Sheffield, Doncaster Chamber and children’s charity SAFE@LAST that supports children and young people who are at risk through running away.

His role at the charity included managing fundraising and finance, the volunteering program, strategy and business planning, partnership working and HR amongst other duties.

Mark has undertaken numerous volunteering roles with a range of charities and organisations that offer emotional support, advice, practical help and advocacy with vulnerable adults and children.  He is also an International Vice President assigned to Europe for the Junior Chamber International (JCI), a global network of young professionals.

He currently runs his own charity consultancy business ‘Make Your Mark UK’ that aims to help charities and voluntary sector organisations to be better.

Mary was a Professor of Law at Nottingham Trent University, before her recent retirement, and has previously worked at Sheffield University and Sheffield Hallam University.

She qualified as a solicitor in the 1970s, and has also worked in local government. She was a member of the Administrative Justice and Tribunal Council from 2010 to 2013, and has been a non-executive director at the Legal Ombudsman from 2009 to 2014.

She has lived in Sheffield for over 40 years. In her spare time she enjoys playing cello in an orchestra, singing in a choir, and walking in the hills.

Sharon has worked in Social Services for 16 years and has recently become a qualified Deafblind assessor.

She has worked with voluntary organisations such as GB Deaf Woman football and is now vice chair for the GB Deaf Football team.  She is passionate about supporting and advocating for the Deaf Community, mainly in Sheffield. She continues to work in partnership with Healthwatch Sheffield to promote improved access for Deaf people.

Sharon joined the Deaf Advice Service Sheffield when it was established in 1994. She is now a Trustee for Citizens Advice. 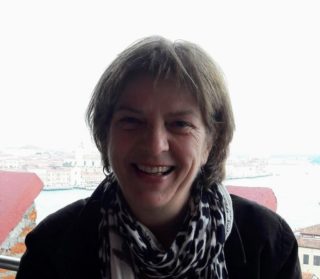 Way back in 1981 Sheila was a volunteer adviser at Pitsmoor CAB and was the Deputy Chair of the management committee for a while. Since then she worked for Sheffield Council for 15 years, in a variety of roles.  She has always been a trade union activist (since the mid 1970s) and this led her to working as a Full Time Officer for UNISON for a number of years.  She completed her MA at the University of Warwick, in Industrial relations and Personnel Management. She then worked, up to her retirement, as a tutor at Northern College, teaching adults with no formal qualifications, from the start of their adult learning up to post-graduate level.  She still works as a non-legal (lay) member of the Employment Tribunals, a role she has had for 10 years.

Through her work, her aim has been to empower and support people who are excluded and disadvantaged by society and is proud to have played a part in all these lives.  She is committed to continuing this by putting her skills and time into her work as a CAS Trustee.

Helen is a public policy specialist with an interest in understanding and managing the real-life consequences of public policy decision-making at a community level. During a Civil Service career that lasted 26 years and spanned a range of roles from front-line benefit and health and safety work to developing and delivering national policy for education and employer skills, Helen developed a good understanding of the inside of Government.

Since leaving Government, she has undertaken postgraduate study with the University of Sheffield Politics Department. She has also pursued a range of freelance activities to support the capacity of the voluntary and community sector to meet the needs of the Sheffield population, with a particular focus on removing barriers for the most disadvantaged groups. Helen acts as a policy consultant across a range of Government and non-Governmental organisations.

A born and bred Sheffielder, she is really pleased to have the opportunity to work with Citizens Advice to support the important and wide-reaching work it does in a City that is very dear to her heart.

Greg is the Director of the Quantity Surveying Programme at the University of Salford.

Born in Sheffield, Greg has previously volunteered as a school governor, enjoys walking in the Peaks when he can, and is really pleased to be able to support the great work of Citizens Advice Sheffield.

Dave is a Director and Chief Operating Officer for the Wealth Management division of the Irwin Mitchell group, IM Asset Management.

His background is in Change, Technology and Operational roles, predominantly in Financial Services, over the past 25 years.

Dave was born in Sheffield, and is enthused to be working with Citizens Advice to help drive social justice across the city.

Prior to that she worked for the Centre for Public Services providing advice and support to public bodies, trade unions and community organisations across the UK and as a researcher for Sheffield City Council’s Department of Employment and Economic Development.

If you would like to get in touch with us: Get in touch